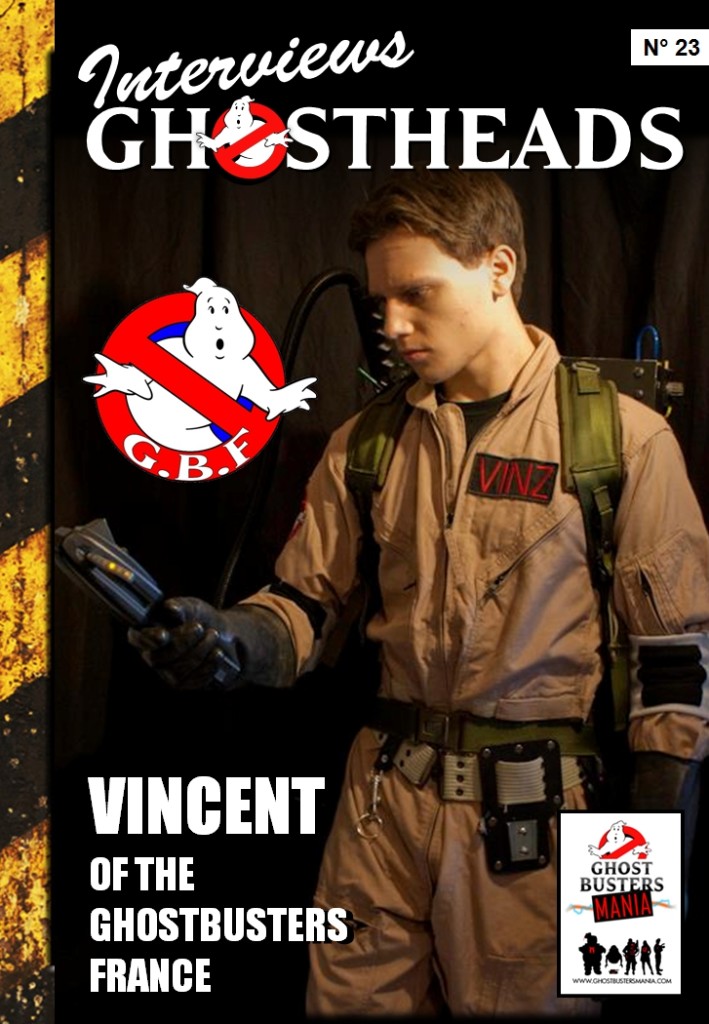 Vincent, tell us a bit ‘you. Who are you? What are you doing? Other hobbies or interests?

First of all, thanks to GBMania for their great website !

I’m Vincent, some fans know me by the nickname of “ecto80″ or “Vinz” (according to forums Ghostbusters) I live in north of France and I was born in 1991.
My favourite movie is Ghostbusters for sure , but also by a large majority of fantasy / adventure movies ofthe 80’s!
I realize with a friend, a series of documentaries about this movies: Ghostbusters, Back to the Future, Gremlins, Beetlejuice, the Goonie, Indiana Jones ect… series called “Blastfromthe’80 s” is not yet done but for now you would find a teaser on our site and also information on the project.
The sculpture and maquettes is a great passion for me as well as sports and travels. Read More »

How does this passion for Ghostbusters?

In a first time, I discovered the two movies on VHS (I can’t remember the year exactly, because I was too young), after, I discovered Extreme Ghostbusters and the Real Ghostbuster through a VHS that I found at a flea market.

The universe of Ghostbusters has always fascinated me since my childhood, I watched the movie many many times when I was at my grandmother! I remember that I played with my neighborhood buddies at GB!

In my childhood , I dreamed many time about Ghostbusters, and now it a big passion.

I started to collect all the pieces of uniform of GB2 in December 2010 , because I saw all my friends of the forum get a GB uniform, and it made me really want!

After that, I built my proton pack in May 2011 with light kits and many accurate parts of proton pack. A hard work of three month.
Last month, I decided to take the classic “grey” khaki uniform.

My favorite event is the 26th and 27th November for the convention “Toulouse Game Show” where he was guest of honor Ernie Hudson!
This was a great moment for me and the team of GBF! Ernie was very honored to be recieved by French fans with all the equipement!

What does this mean for you to be a Ghosthead? And what makes your franchise GBF?

I’ve always dreamed of being a ghost buSter, and every time I put on my uniform, I feel to be one of them!
There had never had a French franchise about Ghostbusters until we created, me and the other founders, Ghostbusters France, 2 months ago.

We decided to create it so that all the French fans can have their “elite” like the United States, Italy or England, and this funny and interseting for the conventions and rallys.
It’s always cool to see some people smiling with us , because it’s reminds the Ghostbusters.