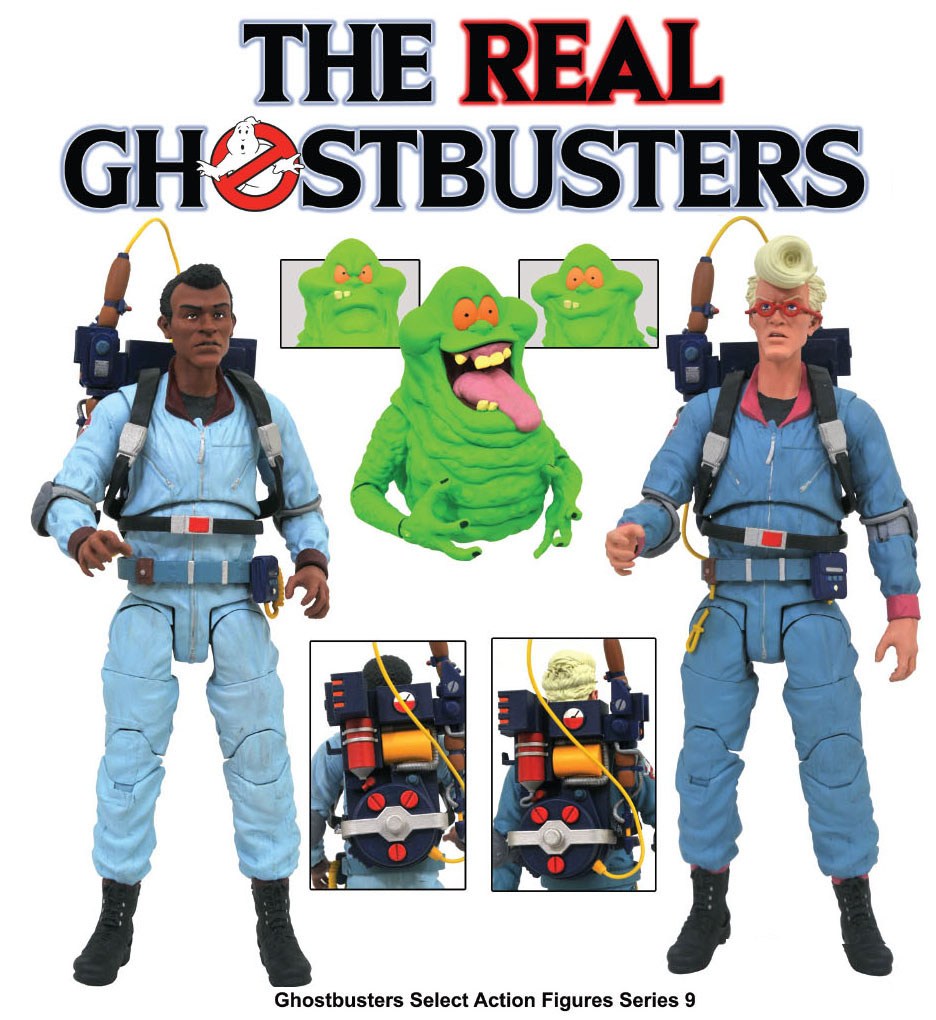 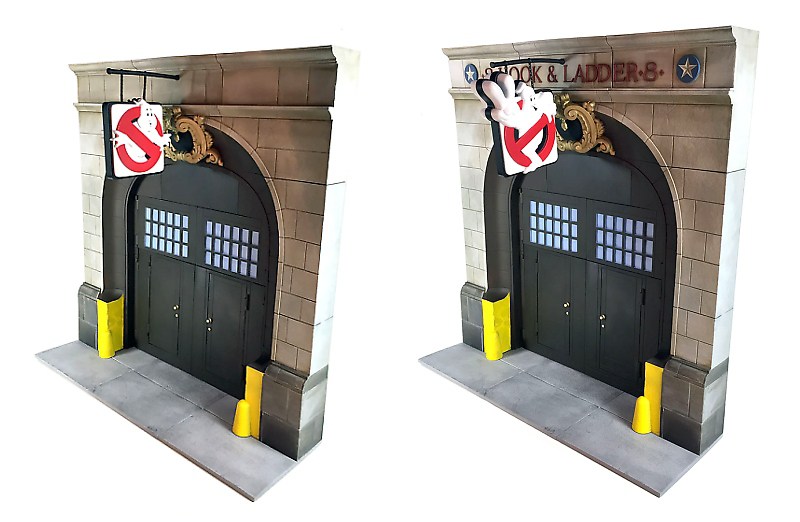 Fans have delighted to Diamond Select Toys’ Select action figures based on the first and second Ghostbusters movies, with buildable dioramas of the Spook Central rooftop and the Firehouse façade. Now, it’s time to get real! The highly anticipated Real Ghostbusters action figures go up for pre-order on June 20th, and we’ve got the first official pics of the figures based on the hit 1980s cartoon series!
Egon, Winston and Slimer make up the Series 9 assortment, with the two ’Busters wearing their color-coded jumpsuits and packing all-new, cartoon-accurate gear, and Slimer coming with a support stand and three interchangeable faces! Designed by Yuri Tming, and sculpted by Gentle Giant Studios, each figure packs approximately 16 points of articulation, and Slimer features all-new arm sculpts to better match his animated look.

Plus, each figure includes pieces to build the firehouse diorama – collect all 15 figures in Series 6 through 10 to construct the sign and front doors of the Ghostbusters headquarters! The firehouse features interchangeable parts, including teh sign and the “Hook & Ladder” lettering, so it can be converted from Ghostbusters to Ghostbusters 2 configuration.

Series 10 will feature Peter, Ray, and DST’s first ever fully articulated Mr. Stay-Puft! That series will complete the firehouse, so be sure to pick up the Ghostbusters 2-based Series 6 and 7 now, as well as the imminently shipping Series 8.

Find a comic shop at comicshoplocator.com, or order through your favorite online retailer!